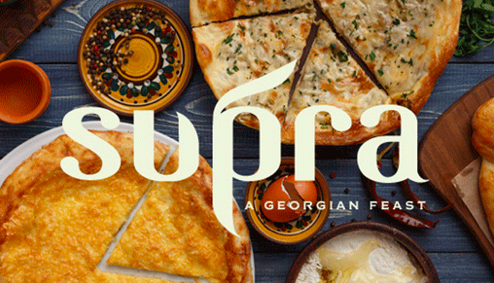 Join us for a walk-around tasting (with Georgian food) and meet a few of Georgia’s top winemakers on Monday, November 12, 2018.

This tasting is one of the three events during the first annual “Ghvino Forum” (Ghvino is widely thought to be the origin of the word “wine”).

This Ghvino Forum is the first in a series of events to be held in the United States. The event was produced to further advance the understanding of the origin of wine, the historical geopolitical and economic influence of wine for Georgia and in the region, and the current role of the Georgian wine sector on the worldwide stage.

This event is inspired by the worldwide interest following the release of the 2017 archaeological report along with the simultaneous selection as the first exhibit selected by the “Cité des Civilisations Du Vin,” the museum for wine civilization in Bordeaux, France. The exhibit, “The Cradle of Wine” lasting from July through September 2017, included the placement of a Georgian Qvevri at the entrance of the center for the permanent exposition. This placement was to honor the 2013 selection of Georgian traditional method of Qvevri wine-making on the list of United Nations Educational, Scientific and Cultural Organization (UNESCO) “Intangible Cultural Heritage of Humanity”.

For details on the following events, go to Ghvino Forum