In 2015, four young childhood friends Mamuka, Amiran, Giorgi, and Giorgi who were interested in natural winemaking decided to follow the path of ancestors and to start making natural wine.

It was decided to do wine using the ancient Georgian traditional winemaking approach as it was originated 8000 years ago in Georgia.

The first steps were made in 2016 when they finally found the right Vineyard, and from the first steps on the soil all of them felt a strong connection to the grapes and the deal was made.

Anbani now owns a vineyard that was planted in 1970 by a person who shared the same views on wine as friends.

Shortly after, Marani was built with qvevris and their natural wine is now produced as it was by ancestors a long time

“Remember whose mountain you are coming from” – Ancient Georgian saying.

Anbani owns 10 hectares of vineyard, does not buy grapes, and only produces wine from their own grapes. 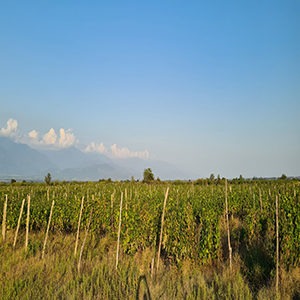 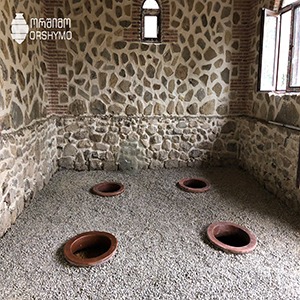